Are you struggling with the temptation of having a room or closet stuffed with shiny sealed LEGO sets?

You might be struggling with the temptation to just break those seals, open and build them, or just leave them for who knows how long.

Maybe you don’t want to be that creepy toy collector from the movie Toy Story 2 who was obsessed with new toys in the box and selling them, or you just enjoy having pretty boxes to look at?

Or maybe you bought them to keep and add to your collection because it was too good a deal to pass on. So should you open your sealed LEGO set?

It all comes down to why you bought it in the first place, did you buy it so that you can build it, or you bought just to display it and maybe sell it later when its value increases?

If you bought it so that you can build it up, then you should just open it up and get that much extra fun of opening and building a new LEGO set for the first time. However, if you bought to display or sell later, then it will be worth leaving it unopened considering the crazy values retired sets go for.

So think about why you bought it in the first place, is this a set that you would ever part with? Let that be your guide.

Now that you have an idea about whether to open your sealed set or not, let’s answer some questions about sealed LEGO sets.

Why Is A Sealed LEGO Set More Valuable?

This is because everything is more valuable when it is not opened. Collectors are very skeptical of used sets and will pay a higher price for LEGO sets that are in mint condition. 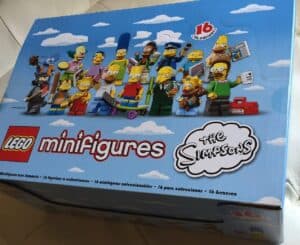 Buyers also prefer new sets because if you’ve bought a used LEGO set before, you might have encountered some pieces with bite marks on them, broken pieces, missing pieces, incorrect ones, and so on which can be very frustrating.

Collectors care about quality, and the best thing you can do to preserve the quality of a LEGO set is to never open the box. Leaving a LEGO set in the box is guaranteed that it will be in a good condition.

Yes, LEGO sets will lose their value if opened. LEGOs are kid’s toys and kids are usually rough with their things, which means that the sets would not be in as good condition as they would be if they were still in the box.

Collectors didn’t like buying used LEGO sets because they might not be in good condition, and will probably have parts missing, broken, or even wrong pieces.

However, a sealed LEGO set is guaranteed to be in good condition and people are willing to pay a higher price to grab and add them to their collection. Should I Keep Opened LEGO Boxes?

Yes, you should keep your LEGO boxes because they will add to the value of the set when you try to sell it. Used sets with boxes have more secondhand value than LEGO sets that didn’t come with boxes.

You should also try to keep the boxes in good condition because their conditions will also affect the price when selling them.

Read this article to learn more on how to keep LEGO boxes in good condition.

Final Thoughts – Should You Open Your Sealed LEGO Set?

By now you’ve fully grabbed the idea about whether to open your LEGO set or not.

It is important to note that a sealed LEGO set is more valuable than opened ones and collectors are willing to pay a high price to grab them if they are sealed.

If you choose to open and build it up, it is important to keep the boxes in a good condition because they can also affect the price if you decide to sell them later.